History of Car racing in Nigeria and Events you might look forward to!

Have you ever been on the highway when two seemingly over joyous drivers just blaze past at top speeds, chasing each other for reasons you don’t know? That could have been two people that wanted to prove whose car is faster or who is a better driver. The question is: how legal is this in Nigeria? Meaning, specifically, car racing on Nigerian roads and streets. 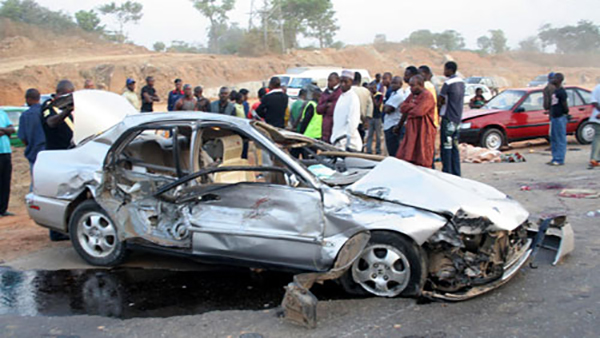 A lot of us have seen different forms of car racing on Nigerian roads that aren’t legal because it endangers the lives of other road users when speed limits are broken by these speed-loving drivers. Abuja is one State in Nigeria that is very notable for car racing because of the concentration of high performing cars and speed junkies in the area.

There are different forms of car racing people indulge in around Nigeria, mostly depending on the type of road. I have listed them below.

Type of car racing in Nigeria

This is a type of race where two cars start side by side and drive at full acceleration on a straight road for not more than 400 meters to prove which car has a better accelerating engine. The handling (how the car turns and steers) of the car is not tested in drag races so this kind of race requires a minimal amount of professional driving skill.

This is the type of racing that is held on designated roads built solely to race, with high quality tarred and smooth roads. Usually, the race track has a combination of bends/straight portions to fully test the ability of both the car and driver. Abilities in the competition include acceleration, braking, and handling of the car in the hands of the driver.

This is a form of car racing that is held on very rough roads, majorly sandy/rocky roads just to test how well a car can drive in off-proper-road conditions. The most important feature of the cars that influences the performance of cars in off-road racing is a combination of its suspension and weight balance.  Off-road racing requires a lot of pro skills.

This is an illegal form of racing where drivers plan a circuit to race on normal commute roads without informing other road users before the race. The ability to maneuver other road users and still go fast is the driving skill being tested in this kind of race. It’s a race with no rules, where short routes can be followed to get to the finish line. It is a race with very high risks.

The first organized car racing in Nigeria started in the late ’70s as the Argungu Motor Rally alongside the Argungu Fishing Festival but it got suspended in the late ’80s. Asian & European cars would drive in off-road conditions (untarred roads) within the Argungu village of Kebbi State. 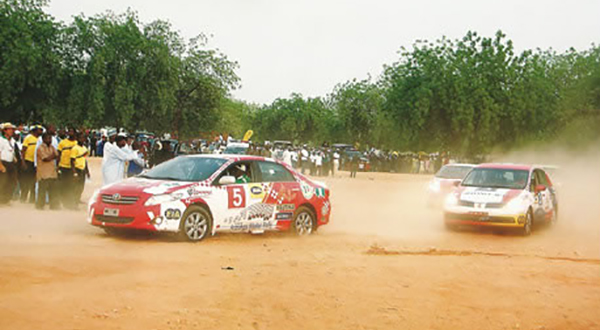 Live-action from the Argungu Motor Rally in Kebbi State

Then the next legal racing events started in Abuja & Lagos when owners of performance cars would go to open road areas with low activity just to drag race cars for pure fun and pleasure. Usually, these were done without any public announcements made to the public. Abuja is home to some supercars that can go faster than F1 cars, so car racing was inevitable in this part of Nigeria. 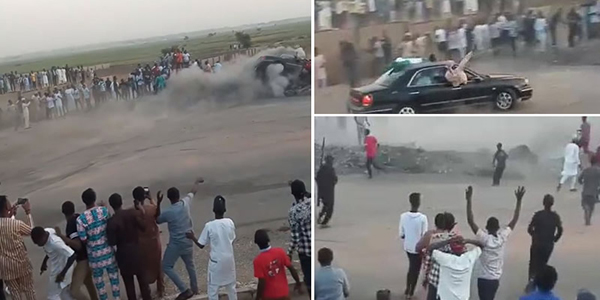 Reckless display of car stunt before a drag race in Abuja 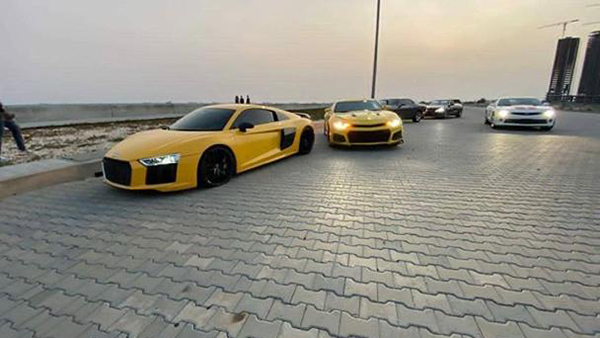 This happened from 2005 till 2012 when car lovers started gathering as car clubs to organize racing events.

The BMW CLUB OF NIGERIA was the first legally registered entity in Lagos State to organize a drag racing event named AUTO FEST in 2017, then BIMMERFEST in 2018 where various cars are made to drag race on the whole stretch of Akin Adesola street in Victoria Island Lagos. In case you missed it, you can watch a recap below. 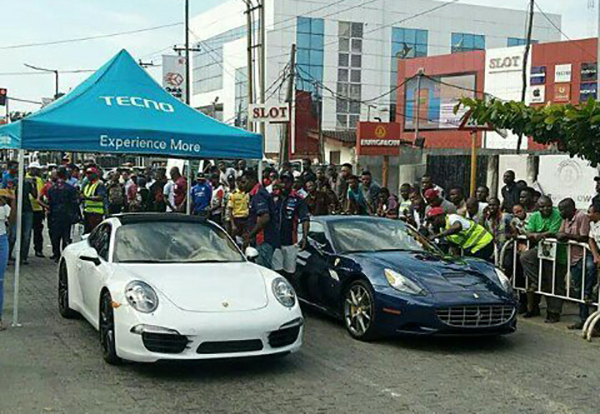 A Ferrari California about to race a Porsche 911 in Lagos

The roads are usually closed during this event and heavily guarded by law enforcement agencies just to control the activities of other road users trying to access these roads.

This kind of event was always happening in Abuja but not under government approval until 2018 when Darkknights Motorsports organized a drag race championship in Abuja. 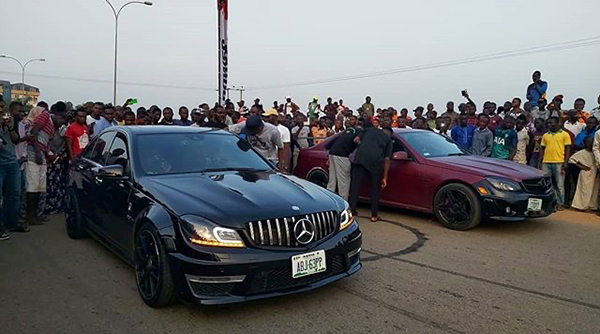 Two Mercedes Benz AMG about to drag race in Abuja

2018 was the same year that history was made in the car racing industry of Nigeria! A 2.3KM race track was built in Evbuobanosa town in Benin. 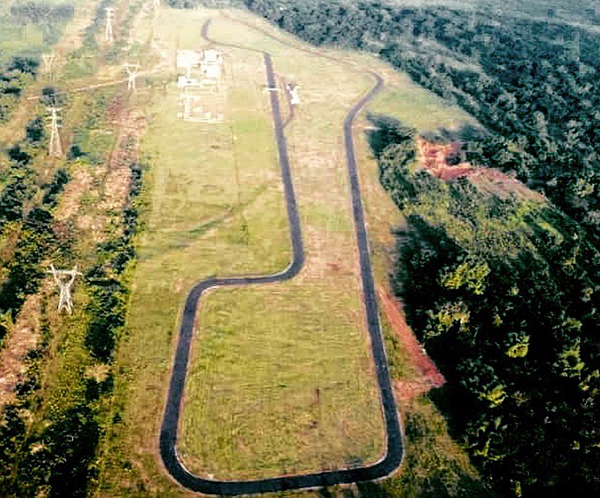 This is a twenty minutes drive from Benin city, along the Benin-Asaba Highway in Delta State. This race track is on 130 acres of land with a total of 11 bends for intense racing pleasure. 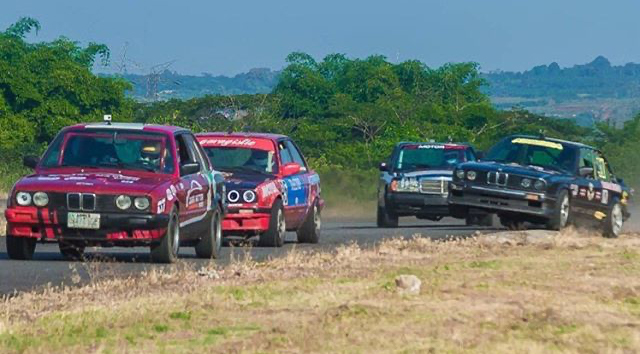 A championship race on the MRE facility

The Motorsports Raceway Evbuobanosa is a private sector initiative that boasts of a Fuel Station with self-service pumps, a clubhouse with an observation deck, restaurant, swimming pool, day garages, a full-service Tyre Center and a gift shop to cater for some customers on the facility.

In November 2017, the Government of Ondo State in conjunction with Elizade organized an off-road race event in Ilara-Mokin Ondo State. The race takes place within the rough roads of Ilara-Mokin village involving off-road cars like SUVs and performance buggies. 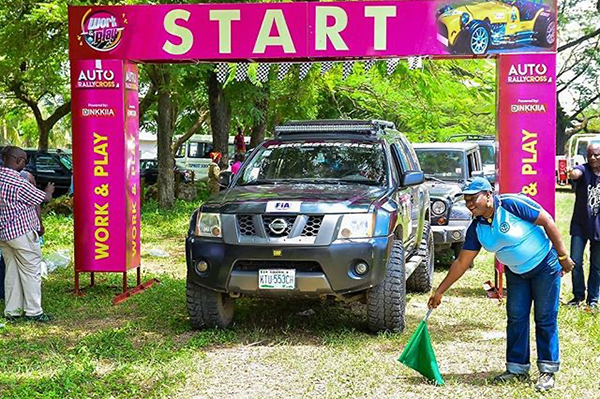 A race about to begin in Ondo Rally Autocross event 2018

This racing event is very unique because people bring regular SUVs to race in this event and that’s very indulging. 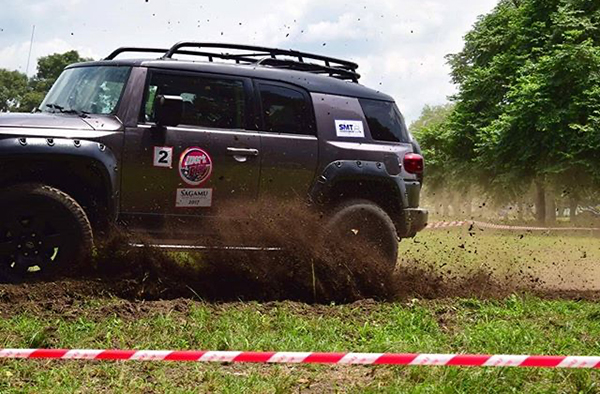 A Toyota FJ Cruiser in action at Ondo Rally

This event has made a lot of off-road cars be built and tuned in Nigeria just to win this particular race. Cars like the Tiger and Rage have won this event in different categories. 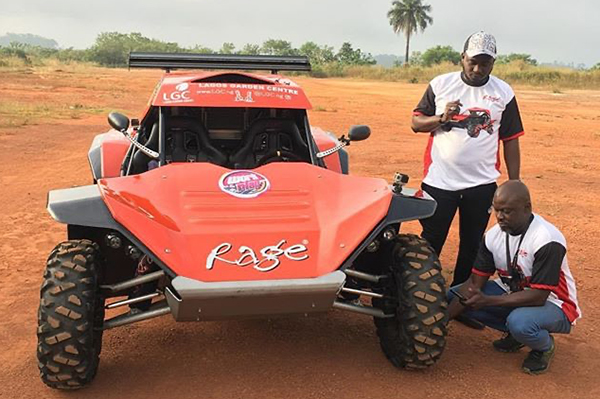 The Rage Buggy on the race track

Since 2017, the event has become a yearly tradition in Ondo State.

The Argungu racing was reborn this year, 2020, by the Minister of Information & Culture and was flagged off in Abuja on the 11th of March. The drivers would rally for 3 days from Abuja to Argungu in Kebbi State driving through Nasarawa, Kaduna, Katsina, Sokoto and Kebbi to demonstrate their ruggedness, agility, adaptability to different road terrains, safety and comfort.

Also, the  Maiden Edition of the Nigerian Grand Prix was meant to happen this year in Abuja between April 11 & 12 but due to the COVID-19 pandemic that has been disrupting Nigeria’s auto industry, it has been placed on hold Nigerian Auto Sport Association is the body responsible for this forthcoming event that will attract a lot of public eyes to the car racing industry of Nigeria. 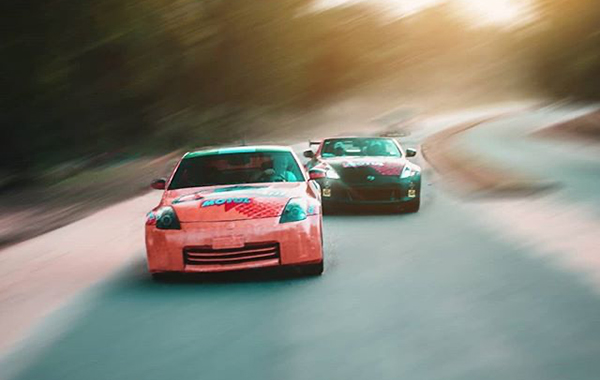 It’s a 6.7KM race within Abuja involving BMW E30 and Mercedes-Benz W201 cars only built to a specified recommendation.

5) Other Motorsports events in Nigeria

In Lagos, there have been other motorsports activities like Revs and Runway in 2017 which was a fusion between fashion and motorsports. The second edition was organized in the popular Tafawa Balewa Square, Onikan Lagos. The main motorsport event that happens in this show is car drifting and a few drag races.

>>> Check out the first car drifting event organized in Abuja. 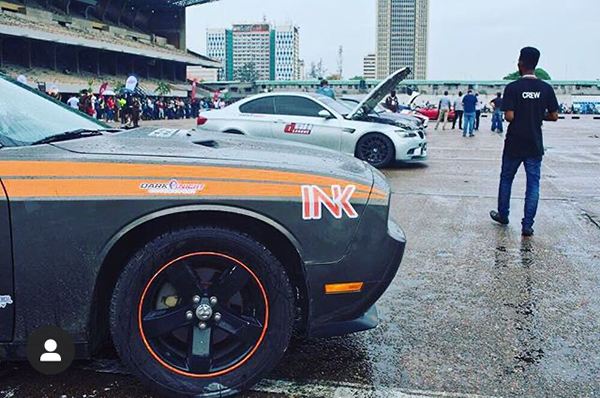 Moments from Revs and Runway

I spoke to one of the show’s organizers and he said there are massive plans to make the show bigger and better in 2020. Obviously, the Coronavirus pandemic will affect that plan so we can look forward to 2021 to be a great year for that event.

People gathered for a drag race event in Abuja

We can say Nigeria is in its incubation stage for car racing as a sport or industry. A stage where the returns-on-investment of the racing teams are very minimal. Before car racers all around the world started earning so much money and accolades like Lewis Hamilton, racing used to be just for bragging rights in its early stages.

Nigerians love car racing no doubt but the Government also needs to be more actively involved in it since it could be a source of Tourism revenue for the country as a whole and makes car racing in Nigeria becomes a culture!

Share
Check Out this 6 abandoned car brands in Nigeria that were popular before 2000 Previous post
Honda Accord 2005 Review: Model, Price in Nigeria, V6 engine, Starter Problems & More Next post

How To Vote For Your Favorite Housemate On BBNaija 2020

‘I have mental issues, I can’t always control what my brain does’ – Lady Gaga reveals