Honda Accord 2005 – an undefeatable rival in the sedan segment

The Honda Accord is one of the best-selling sedans of all time, constantly fighting for five years running with the Ford Taurus and Toyota Camry. You may worry about buying a tokunbo car with a lot of potential risks. However, the Honda Accord remains most of its flawless and great performance even after many years of using, making it become a worthy buy.

The mass production of Accord means you will not have any problem finding the cue or variant you want, but be prepared to pay the highest price when the Accord leads all of its contenders in resale value.

This time, sellbeta.com is so excited to introduce to you our in-depth review of this popular sedan – Honda Accord 2005 review. We hope that after reading the article, you will understand why this car has received a great favor and high appreciation from car lovers all over the world. 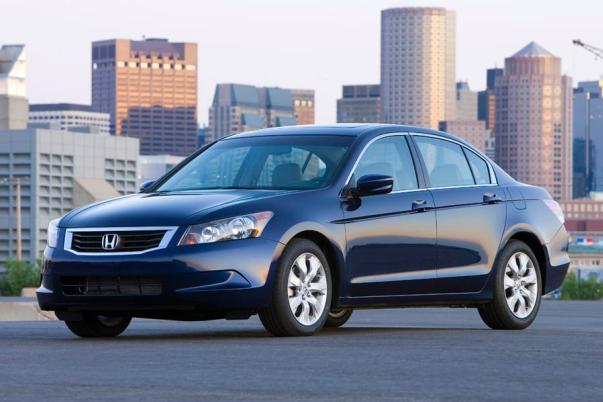 Unlike its domestic contenders, the Honda Accord 2005 always holds the top honors in long-term studies for reliability. The Accord is considered to be the second leader (just after the Toyota Camry 2005) with all of its outstanding features dominating most of the other models in the sedan segment.

The seventh generation Accord launched in 2003 with a more spacious interior and stronger engine options. Especially, its 4-cylinder version showcases an impressive fuel economy even by more and more exacting standards today.

The car boasts an attractive style luring high-end buyers with thrifty visibility but music fans should know that Honda never equips its vehicles with the same  type of high-end audio accessories such as JBL, Boston Acoustic and Bose like Mazda, Toyota, Chrysler and Nissan and only provides luxury items like navigation, power sunroof and leather seats on its top-spec models. 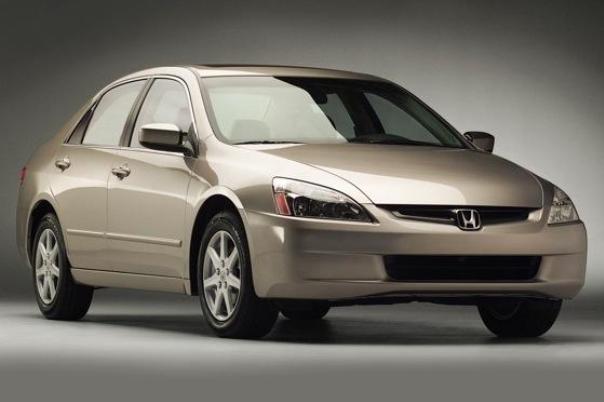 And for those who seek for a car with a larger trunk and maximum legroom of the rear seat, the Toyota Camry or the Ford Taurus could be better choices.

On the other hand, the Accord is one of the few nicely styled sedans, in this case, a smaller, more fuel efficient four-cylinder. In 2005, Honda added the Honda Accord 2005 V6 to its lineup, including a gasoline-powered sedan as well as EX and LX coupe models. 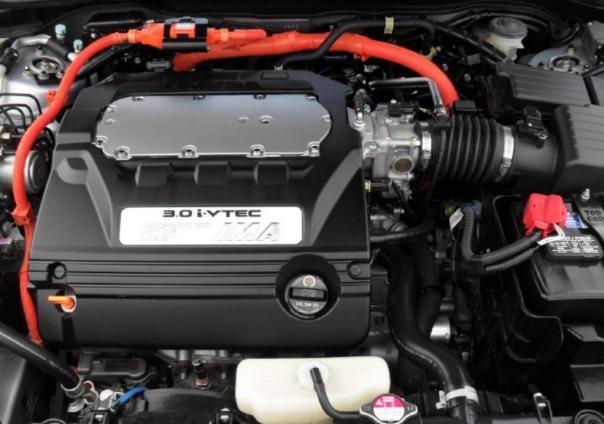 In 2005, Honda added the Honda Accord 2005 V6 hybrid to its lineup, including a gasoline-powered sedan

In 2006, the Accord was proud to receive a slight freshening in its exterior and a small improvement in horsepower (from 160hp to 166hp) on 4-cylinder models and from 240 hp to 244 hp on V6 versions.

The Honda Accord 2005 model comes with four trim levels including the SE, Sport, Type S and Executive specification. 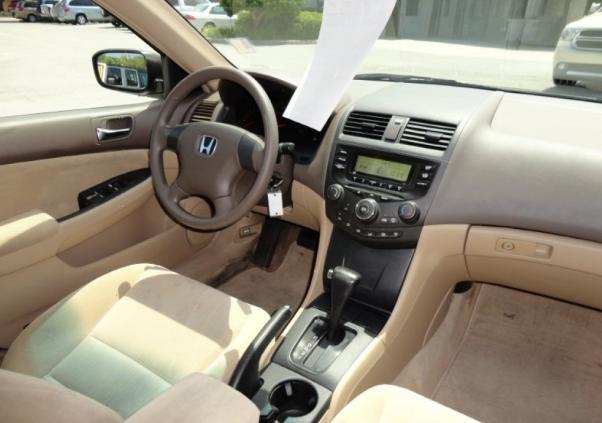 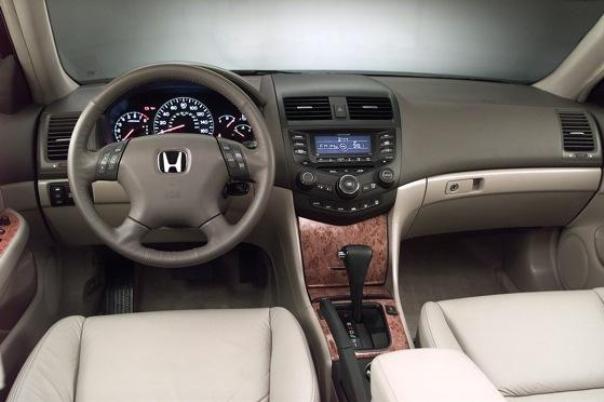 As Honda has fully equipped the Accord with trim options, dealers and owners also have a handful of choices for additional installed accessories. They just can add tires, larger wheels, satellite radio and protective options like paint protection, door edge guards and carpeted floor mats.

4. Honda Accord 2005 Engine and Performance

Some drivers said that the 2.4 L 4-cylinder engine of Honda one of the most refined and quietest engine in the world. At low speed, it is almost imperceptible and even when the car speeds up with a hard acceleration, it still hardly causes a fuss. However, with just 160 hp, the 2.4 L usually struggles to speed up when it loads a full and heavy cabin with occupants and their luggage. 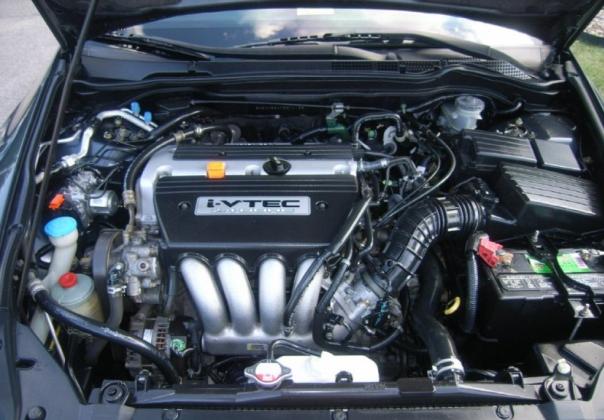 Some drivers said that the 2.4 L 4-cylinder engine of Honda one of the most refined and quietest engine in the world

The greatest advantage of this engine is its superb fuel economy, which drinks 35 mpg on the highway. The 3.0 L V6 is capable of cranking out 240 hp, which is an ideal engine for those who want to enjoy the exciting driving experience. Although the V6 is added cylinder count, its fuel economy remains admirable at 20 mpg in the city and 29 mpg on the highways.

Speaking of the Honda Accord 2005’s driving characteristics, capable but not sporty are all we want to say. While most Accord variants are combined with Honda’s 5-speed automatic transmission, the manual gearbox seems to be smoother, quicker, more precise and enjoyable to drive. 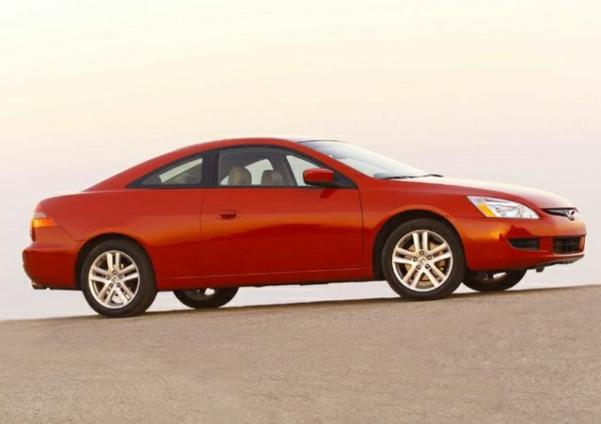 Speaking of the Honda Accord 2005’s driving characteristics, capable but not sporty are all we want to say

The Accord steering wheel offers a good and direct feedback but some variants come with the slight feeling brake pedal. The suspension offers comfort more than driving performance, bringing the Accord a smooth yet controllable ride in both town and highway driving.

The suspension is tuned for comfort rather than performance driving, delivering a smooth but controlled ride both on the highway and in around town driving. However, when pressed hard, the Accord expresses a bit bumpier and wobbling than the Mazda Mazda6 and the Nissan Altima.

5. Honda Accord 2005 Interior and Cargo Space

The Honda Accord 2005 boot space starts at 459 liters, despite slightly shorter than the best class and has a relatively high threshold. The cargo space can be widened by folding the rear seat forward. The cabin also offers a small storage compartment and a decent-sized glove compartment. 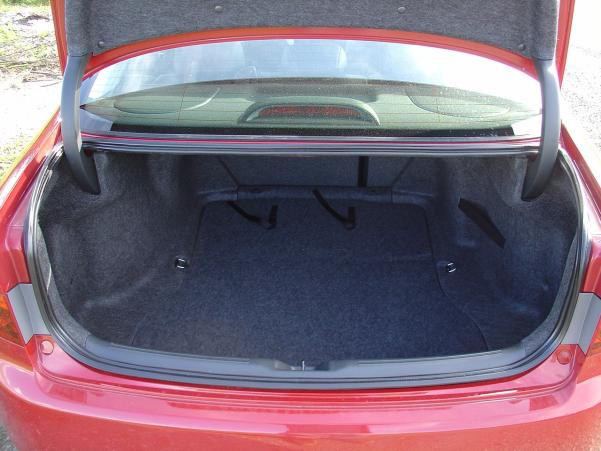 The Honda Accord 2005 boot space starts at 459 liters, despite slightly shorter than the best class and has a relatively high threshold

The Nissan Altima is a strong contender for the Honda Accord 2005 as it offers an equal interior but a better handling capacity, a sportier attitude and a stronger engine range. Meanwhile, the Altima has an interior with materials which not as good as the Accord’s but its sound system is somewhat high. 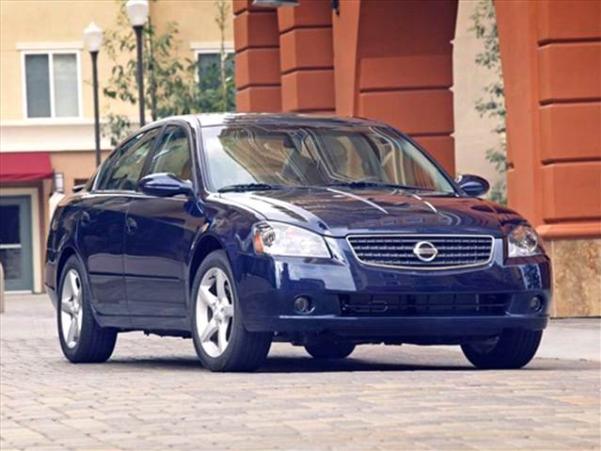 Another candidate is the Chrysler 300 which provides a bigger trunk and seats than the Accord, comes equipped with a strong V8 engine and probably has a lower price tag than an equal equipped Accord. However, the 300 doesn’t have a strong reliability and reputation as the Accord, its rear-wheel-drive layout might be also a disadvantage for those who usually run in snowing condition. 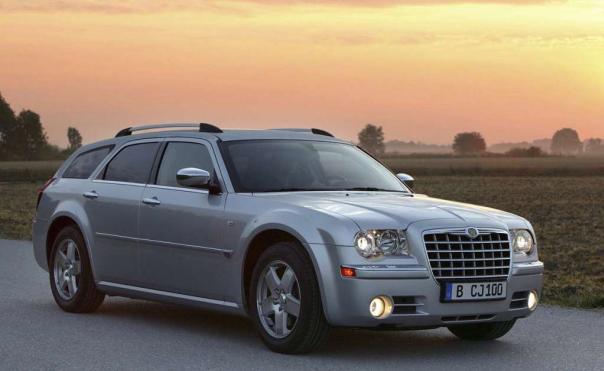 The Toyota Camry is considered as a bitter rival of the Accord with a plentiful supply and an excellent resale and reliability. The last name can be named as a contender of the Accord is the Ford Taurus. The Taurus is also widely available and is often sold at a lower price than the equal equipped Accord. Even though, the Taurus has an out-dated design, an average reliability and less exciting car images. 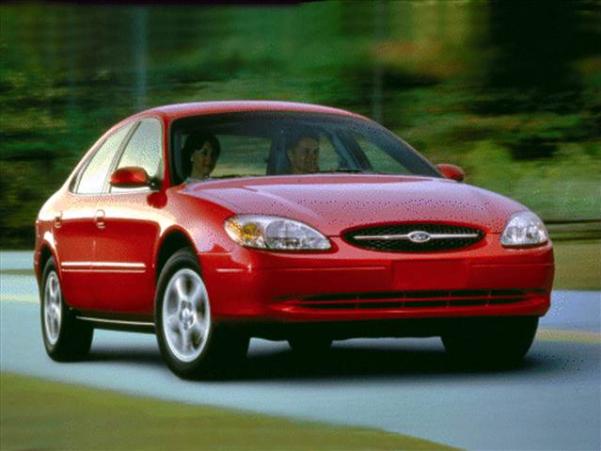 If safety is your top priority, we have to introduce the EX V6 (2004 and later) because of its standard traction control and curtain airbags. Although curtain airbags have become the standard for all models after 2005, traction control features are essential for people living in extreme weather. On the flip side, if the economy is your top concern, we suggest using LX or EX with the 4-cylinder engine. In this way, the Accord offers more lively amenities, excellent fuel economy and can be bought at a lower price than the V6.

8. Most Common Honda Accord 2005 Problems

Diagnose a no start on a Honda Accord (buzzing noise)

Honda Accord may develop shifting issues with the automatic gearbox along with warning lights.

If the gear shifts roughly, it seems that the transmission has got some problems. If the gearbox performs as normal, a dirty transmission fluid or faulty sensor may be the reason.

Always, professional diagnostic equipment should be used to diagnose and correct the problem.

The life of the transmission depends on strict adherence to recommendations for procedures and ATF replacement intervals of the manufacturer.

8.3. Warped Rotors cause vibration as braking

When braking, the front brake rotors may warp and generate a vibration which is shown clearly on the steering wheel and the brake pedal. To address this problem, you should replace the brake rotors with high-quality ones. It is a smart idea if you ask a professional mechanic for which rotors are the best ones for your car.

Please consult the table below for the latest tokunbo Honda Accord 2005 price in Nigeria. We also include the prices of the Honda Accord of other model years for your further information.

All things considered, it is undoubted that the Honda Accordis a great choice for car buyers with a stylish and attractive design, a spacious cabin, great features. Hopefully, our Honda Accord 2005 reivew has added one more reason for you to drive home this famous Honda car.

How to make petrol engine car to run on home-cooking gas!

Car tracking companies in Nigeria and prices of service